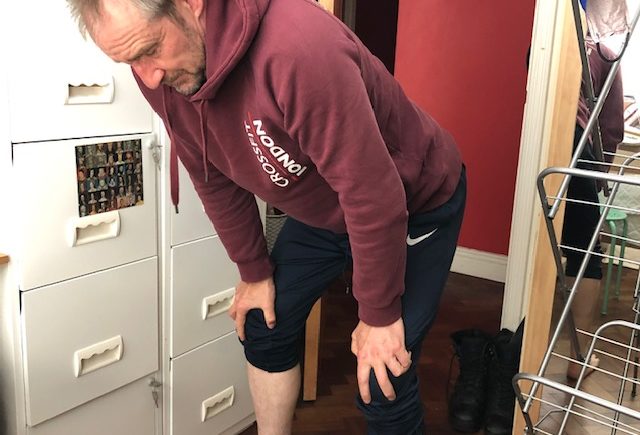 There is a lot to be learned about how you, and the people around you breath. As a trainer and 1st aider, I try and observe carefully how people breath.

A normal breathing pattern consists of between 12-16 (some argue 12-20) breaths a minute aka your respiratory rate. From a first aid and general fitness perspective breathing patterns out of this range should be investigated.

Respiratory rate has been described as the neglected vital sign, for instance a respiratory rate higher than 27 breaths/minute is one of the most important predictors of cardiac arrest in hospital wards

21% of ward patients with a respiratory rate of 25–29 breaths/minute assessed by a critical care outreach service, died in hospital. However, its not just the rate of breathing that indicates your current state. How you breath can be critical.

So, can you describe how you are breathing?

Here are some useful descriptive words that will help you categorise and explain to others what you see.

breathless: breathing very fast and hard, for example after exercising

choke  the action or sound of choking

indrawn  An indrawn breath is one that is suddenly breathed in

laboured If someone’s breathing is laboured, they breathe with difficulty, for example because they are ill or extremely tired from physical activity

Out of breath breathing fast and with difficulty, for example because you have been running

puffed breathing very quickly because you have been running, jumping etc

shallow taking in only a little air

sharp a sharp breath is taken suddenly, often because you are surprised

short of breath finding it difficult to breathe

winded unable to breathe because you have been running or have been hit in the stomach.

Obviously you need to put these observations in context. If someone has just sprinted 400m, they will be breathing heavily and be out of breath. But you can see why. If someone has been sitting down for the last hour and they have a breathing rate of 27, you really ought to be getting some help. Apart from breath counting, it’ as well to notice how people are holding themselves, or their posture.

People with breathing issues often adopt a tripod position which is a “Physical stance often assumed by people experiencing respiratory distress or who are simply out of breath. In this position, a person sits or stands leaning forward and supports the upper body with hands on knees or other surface”(source)

One thought on “Describe your breathing”