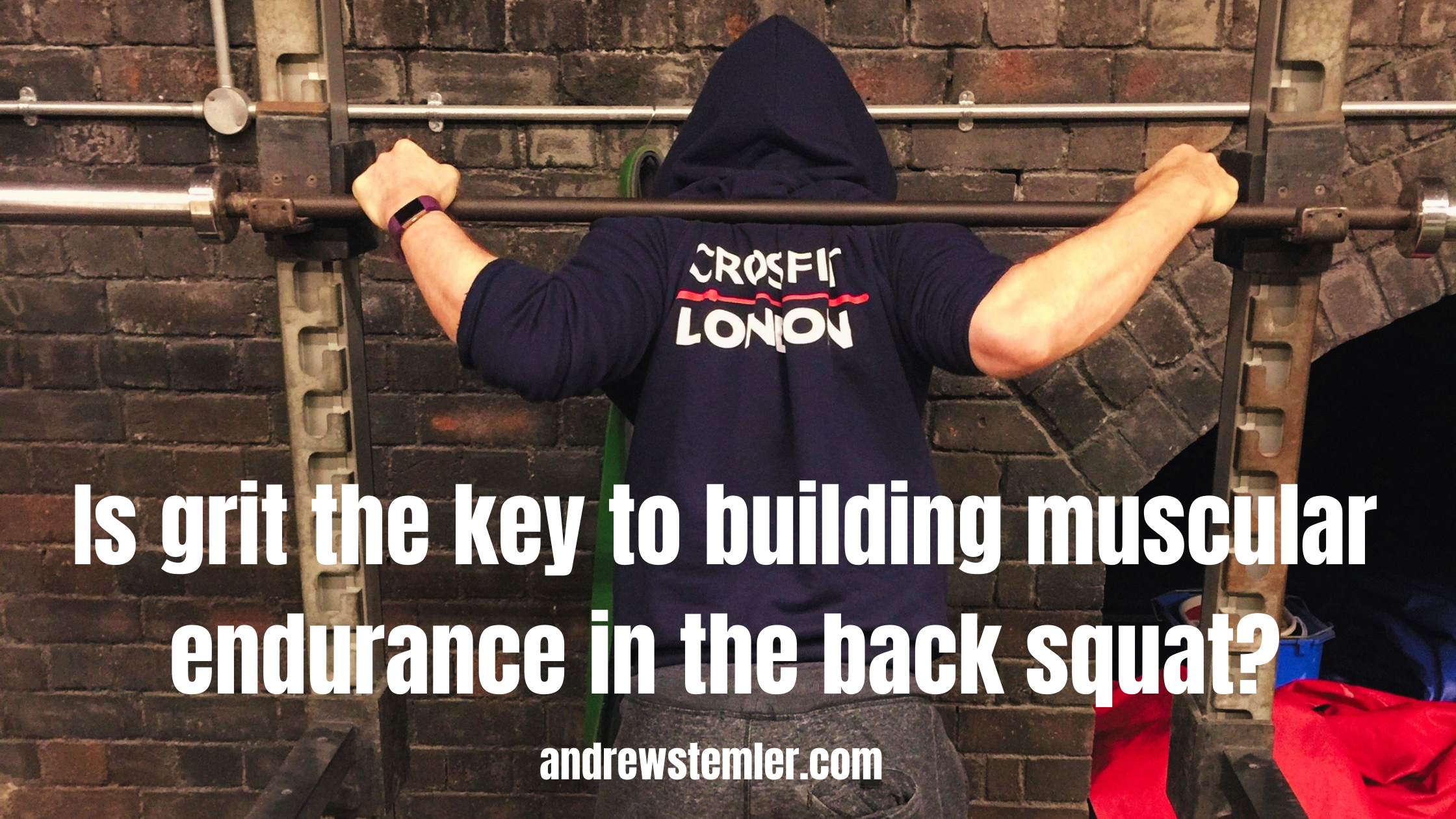 The truth is I’m quite uncomfortable with a lot of mindset stuff currently  being hawked around the fitness industry.

Everyone, so it seems, wants to talk about how much “grit” you have. Because your mind is ultimate! Fix your mind, build grit and you fix everything.

As any seller of mindset magic will tell you “ Duckworth et al. (2007) suggested grit as a personality trait capable of reflecting both perseverance of effort and consistency of interest in achieving a specified goal. In other words, it is postulated that a “gritty” individual may perform above normal expectations or, in the context of resistance training, perform more repetitions in a resistance training set”

The purpose of Haischer’s study was to examine if grit was related to back squat muscular endurance performance. (basically can you do more squats than the other gal if you have grit).

A waste of time the mindset gurus would say, because, if you score high on the grit scale, you are made. You will humiliate your less gritty classmates!

So, the researchers wasted precious time.

The grit of each participant was assessed via the Short Grit Scale (GRIT-S), and muscular endurance performance was tested via completion of a back squat set to volitional failure at 70% of the participant’s one-repetition maximum.

The only slightly surprising thing about the results was they revealed NO relationship between GRIT-S scores and repetitions performed or “up your gurus”!

Grittier individuals do not produce more repetitions than their (PRESUMABLY) demotivated and mentally enfeebled counterparts.

Obviously, you must limit your sneering and acknowledge that this study suggests that the GRIT-S has limited value in the context of muscular endurance performance but not in running or cycling.

As with all reports, there is lots of room for a world of academic mischief here.

It could be the Grit score system that is at fault, not grit itself! It could be that physical training so influences muscle fibre type that for some, doing endurance repetitions for a strength athlete is a task that could only be approached by long term training.

I’d say that Grit is probably more correctly identified as useful in the “ well you sucked at that, would you like to come back and train this every week” scenario.

I’d argue that genuine Grit is the person who goes, “yes I failed (humiliatingly), but I’m prepared to work to fix it”.