Maybe you can spot reduce? 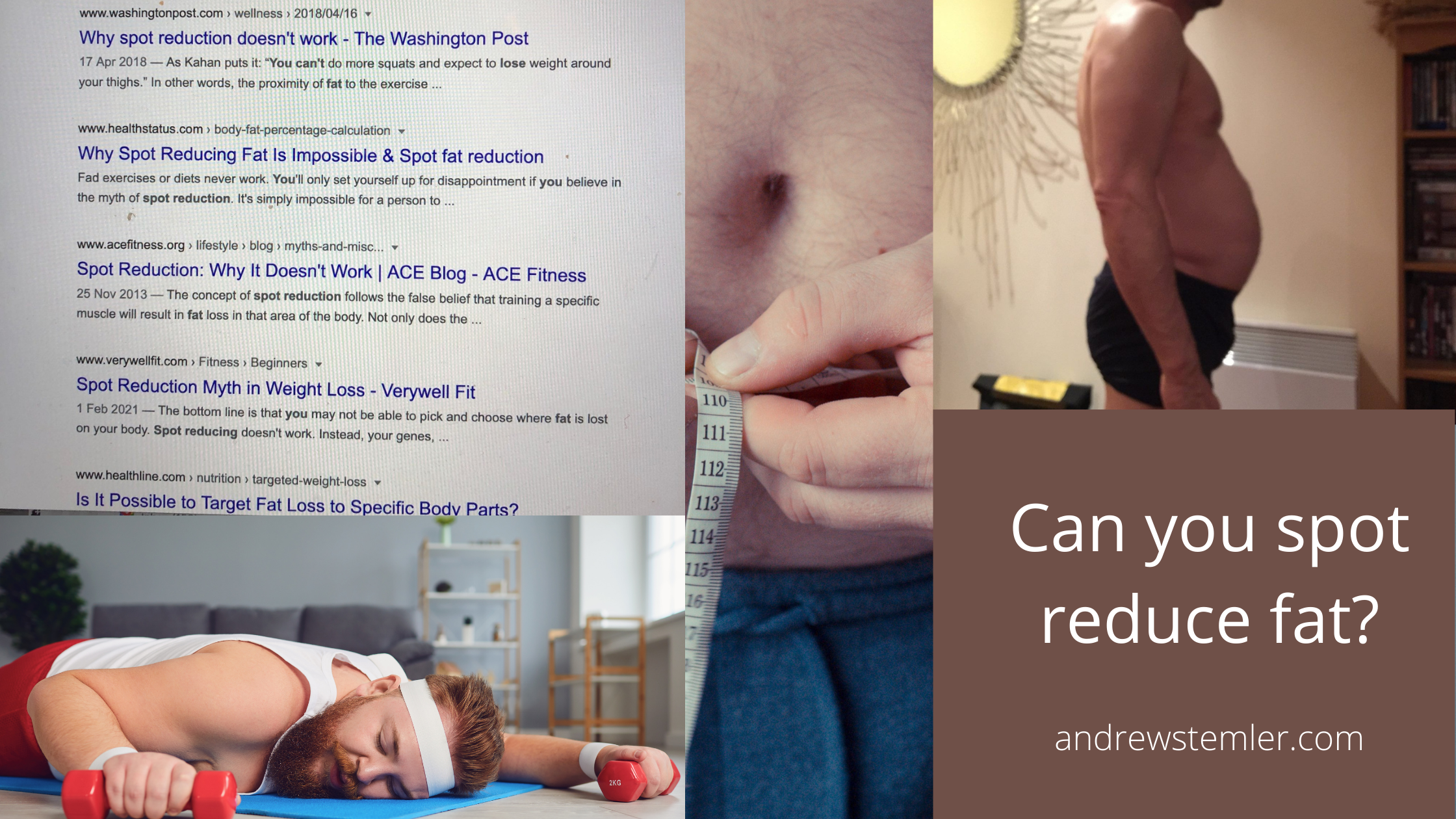 It’s been the holy grail of every gym trainee since the dawn of time. The hope that some type of exercise could reduce a particular bit of fat that you don’t want.

Needless to say, the fitness industry has slapped the hopeful around the head with numerous scientific reports proving its not possible. If you want to get everyone to snigger and point at you at a gym, ask a trainer “can I get rid of this” (pointing at the fat on your arms or your ass) or just do a quick google search ” can you spot reduce fat”, and you will find your dreams of getting rid of “that” bit of fat will be shattered, stomped on, shoved in a black bag with leftovers, then left uncollected for 3 weeks.

Maybe it’s wrong to offer this glimmer of hope, but, perhaps it’s worth checking this 2017 study out.

“Effect of combined resistance and endurance exercise training on regional fat loss” abstract here or you can email me for a copy of the full report.

In the upper body resistance group subjects completed a resistance circuit training consisting of 5 exercises on the following isotonic machines: chest press, low row, arm curl, deltoids machine, triceps machine. The Lower body Resistance group did the gluteus machine, seated leg curl, abductor machine, leg extension, adductor machine for the Low body resisence group. For each exercise, 3 sets of 10 repetitions at 60% 1RM were performed requiring the subjects to provide the maximal contraction velocity, with a 30 seconds inter-set recovery, in an effort to induce the maximal power output for any specific movement and to increase the metabolic stress.

At the completion of the circuit, the same sequence was repeated for a second time. The Resistance exercise was followed by a 30-minute aerobic exercise conducted at an intensity corresponding to 50% VO2max.

Maybe this is nonsense. It’s possible to rip any report or study apart. Of the 22 people who started, for example, only 16 finished, so its a big ask to over turn decades of science on the averaged response of just 16 people, but its food for thought. That said there have been many attempts to investigate this hoped-for holy grail. Maybe it was simply a matter of the right combination in the right proportions.

My take home is this: any bit of advice that gets a gym-goer to do some resistance work and some cardio has to get a thumbs up from me. It may be controversial, but the protocol isn’t massively difficult, or unsafe and should be fairly easy for most gym-goers to reproduce, albeit with help from a trainer. This study isn’t asking you to give thousands of pounds to some dodgy “clinic” or stuff a mango into your armpit. In fact, if you think the whole report is a bit dodgy why not give it a go anyway, because, even if it is nonsense, dropping in the gym and doing some weight and cardio is a win-win!