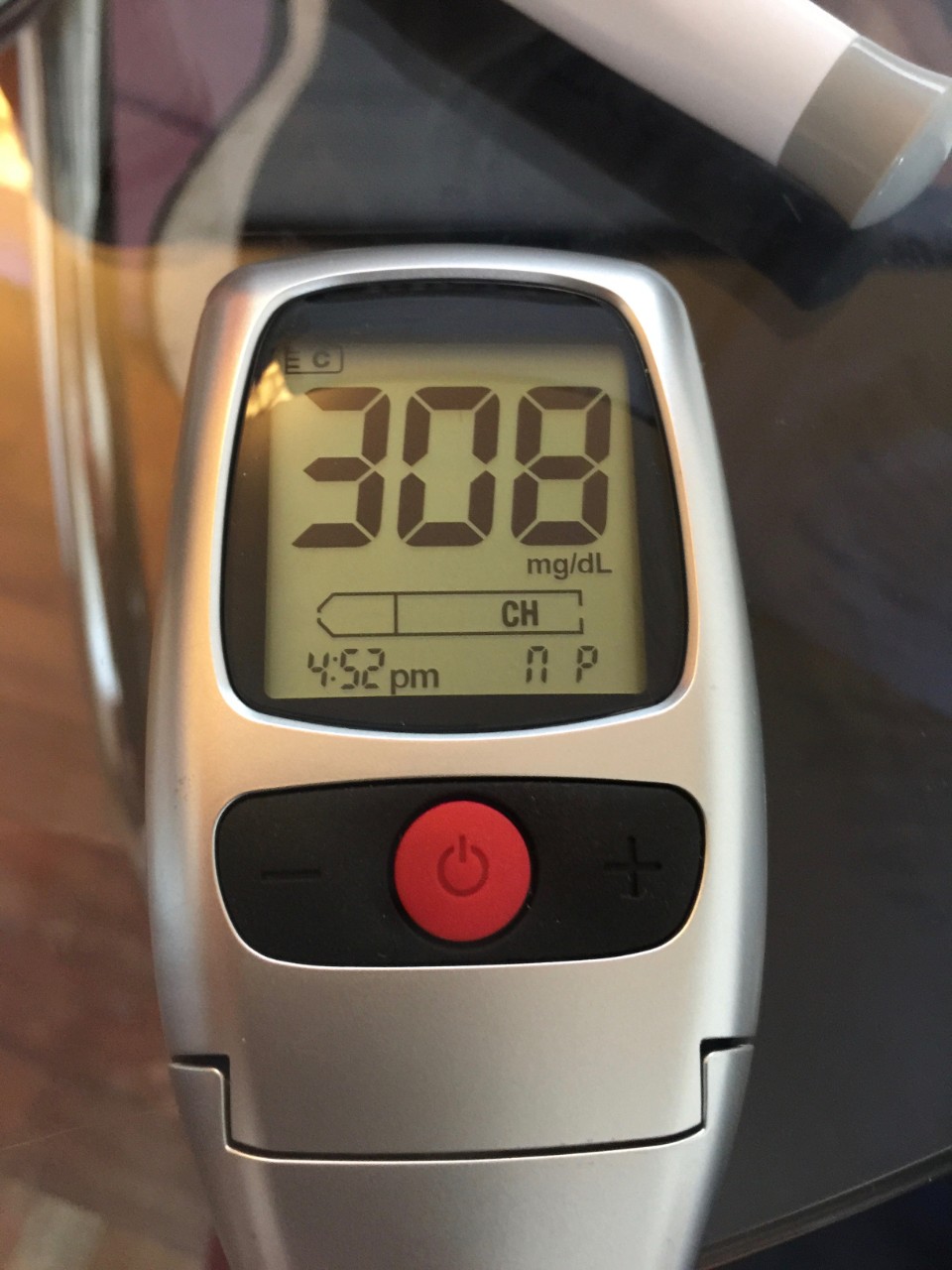 I was reviewing my food diary/cholesterol log. On those days when I had a tiny  breakfast, and  in effect, fasted throughout the day ( with some cups of tea and a bit of fruit), on those days, I noticed the cholesterol went back up!

States that fasting reduces cholesterol over the longer term however  “During actual fasting days, cholesterol went up slightly in this study, as it did in our prior study of healthy people, but we did notice that over a six-week period cholesterol levels decreased by about 12 percent in addition to the weight loss,” said Dr. Horne

“Because we expect that the cholesterol was used for energy during the fasting episodes and likely came from fat cells, this leads us to believe fasting may be an effective diabetes intervention.”

The process of extracting LDL cholesterol from the fat cells for energy should help negate insulin resistance. In insulin resistance, the pancreas produces more and more insulin until it can no longer produce sufficient insulin for the body’s demands, then blood sugar rises.

Dr. Horne says that more in-depth study is needed, but the findings lay the groundwork for that future study.

“Although fasting may protect against diabetes,” said Dr. Horne. “It’s important to keep in mind that these results were not instantaneous in the studies that we performed. It takes time. How long and how often people should fast for health benefits are additional questions we’re just beginning to examine.”

This clearly leads into a re-evaluation of intermittent fasting

Their conclusion  was “Fasting every other day to lose weight impairs the action of sugar-regulating hormone, insulin, which may increase diabetes risk, according to data presented in Barcelona at the European Society of Endocrinology annual meeting, ECE 2018. These findings suggest that fasting-based diets may be associated with long-term health risks and careful consideration should be made before starting such weight loss programmes”

Anecdotally this makes me think about lots of thin/skinny people I know, who have poor health!

If you start thinking about the function of cholesterol,  it allegedly  (among other things) modulates membrane fluidity over a range of temperatures.

Maybe crustations and humans probably  don’t have that much in common.

If you are curious about cholesterol, here is an interesting slide share

Ive only just discovered the existence of  Thincs, a body that questions the link between saturated fats , cholesterol and  heart disease.

According to their website,  “The International Network of Cholesterol Skeptics (THINCS) is a steadily growing group of scientists, physicians, other academicians and science writers from various countries. Members of this group represent different views about the causation of atherosclerosis and cardiovascular disease, some of them are in conflict with others, but this is a normal part of science. What we all oppose is that animal fat and high cholesterol play a role. The aim with this website is to inform our colleagues and the public that this idea is not supported by scientific evidence; in fact, for many years a huge number of scientific studies have directly contradicted it”.

It seems to be accumulating studies here

This is an amazing read, and is part of my cholesterol studies

“Studies in animals have documented that, compared with glucose, dietary fructose induces dyslipidemia and insulin resistance. To assess the relative effects of these dietary sugars during sustained consumption in humans, overweight and obese subjects consumed glucose- or fructose-sweetened beverages providing 25% of energy requirements for 10 weeks. Although both groups exhibited similar weight gain during the intervention, visceral adipose volume was significantly increased only in subjects consuming fructose. Fasting plasma triglyceride concentrations increased by approximately 10% during 10 weeks of glucose consumption but not after fructose consumption. In contrast, hepatic de novo lipogenesis (DNL) and the 23-hour postprandial triglyceride AUC were increased specifically during fructose consumption. Similarly, markers of altered lipid metabolism and lipoprotein remodeling, including fasting apoB, LDL, small dense LDL, oxidized LDL, and postprandial concentrations of remnant-like particle–triglyceride and –cholesterol significantly increased during fructose but not glucose consumption. In addition, fasting plasma glucose and insulin levels increased and insulin sensitivity decreased in subjects consuming fructose but not in those consuming glucose. These data suggest that dietary fructose specifically increases DNL, promotes dyslipidemia, decreases insulin sensitivity, and increases visceral adiposity in overweight/obese adults”

Throughout the fitness industry,  people are busting a gut to sell you dubious pills and potions.

One study treated 56 diabetic men with 5.1 grams of psyllium twice per day for eight weeks. It reduced their daily blood sugar levels by 11% (see here for reference).

Other studies indicate the same , with a guess that 10gms a day is the magic figure

A review of 21 studies reported that reductions in total and LDL cholesterol are dose dependent. This means greater results were observed with treatments of 20.4 grams of psyllium per day than 3 grams per day

5 gms  x 3 times a day with a glass of water, but increase water consumption in general. It is a bit difficult to get that much  down!

Well, its all chia seeds now!

29 grams of chia seeds provides up to 42% of your daily recommended fiber,  plus phosphorus, magnesium, calcium and omega-3 fatty acids ( which are good btw!). Don’t take my dubious word for it. Look up :

“A dietary pattern including nopal, chia seed, soy protein, and oat reduces serum triglycerides and glucose intolerance in patients with metabolic syndrome” says so (check it out here).

But, what this really means is that if you don’t include things like chia seeds and psyllium husks in your diet, you are a bit of a moron.

I should say,  however, that I’d never heard of “nopal” until I read the above  study. It’s a prickly pear cactus, comes from  Mexico and has a high   antioxidant, vitamin, mineral, and fiber content.