So, you have tweaked you back again!  Now your whole day consist’s of finding positions of comfort and seeing what moves hurt.
Don’t think of this as suffering,  Think of this an an experiment. Of course you are the only participant so no drug company can use your results, ( without re validating them) but, its interesting science nevertheless.
if you have been reading this blog you will have had several bracing strategies discussed. You probably ignored them or just skim read them.
Now its time to experiment. Does bracing your abs stop the pain: is sucking you abs in or pushing them out pain relieving. If so, how much in and how much out. Is it mild engagement or hard engagement ? Experiment with the anti shrug. Does pulling your shoulders down help?
Now, if possible get up and walk, swing your arms.
Move.
Does that help?
Do you find that if you lie down or lean against something it helps, but its a bit of a pig to get moving again?
What back movements hurt or help: does moving into flexion hurt, or extension? Can you find a neutral spine? does it help.
Now pay attention to your bum. Does one cheek hurt more than the other. Does it feel dull?   Is one leg sore compared with the other
What movements create pain. if theses are limb movements can you reduce the pain by  bracing your abs more, because, if you can, you could well have discovered, that for example, every time you move your leg, you actually move your back too! Thats a lot of work for your poor back.
Observe, experiment, record.Learn.
Unless your doctor has diagnosed “cancer of the back”, the chances are that the  LBP you suffer from is what 98% of others suffer from. You can fix it!
As always if you cannot find a  position of ease  check out  RED FLAGS , so see your doctor who may want to screen you for other possibilities. but if you simply have LBP, start to sort the issues.

I always like re -injuring my back, as it really helps me cut through the academic and medical bullshit.
Its very common for us to over sympathise with  and “forgive” back pain sufferers .
We should not.
Every single bit of “normal”  back pain  is self inflicted. (m not talking about the weird obscure stuff that effects  a teeny proportion of back sufferers). Im talking about our old friend , the non specific back pain stuff that is now costing the NHS loads of money.
Anyway , today  I pulled my back in gymnastics. Obviously i could go on a campaign: one that bans gymnastics, and  stops gymnasts from holding high office. Gymnasts should be rounded up and shot. Certainly banned from schools,
You will find lots of campaigns like this: Ban Crossfit, ban strength training, Olympic weightlifting . If you come across someone  trying to ban something, look at their personal involvement and see if their conclusion is reasonable. Being knocked down by a car, does not justify a ban on cars: iI may justify a lower speed limit, more education for pedestrians etc.
So, I screwed my back doing gymnastics? Well, actually yes and no. Here is the whole story.
1) over the last month, my focus has slipped. I found myself more and more in my slumping place, slumping. I have done no “good core” enhancing exercise. My hip and shoulder flexibility regimes have wobbled.
2) On wednesday I booked  myself quite a tough day: 3 hours driving ( I rarely drive) and 8 hours standing about ( i was an extra in film set)
3) On thursday, apart from one gymnastic training session ( 1 hour) i slopped around the flat. I slumped and hunched.
4) On thursday night, i had a terrible night: I got up late on Friday, and  after skipping breakfast I went to gymnastics. I did my normal 1 hour session 10  to 11), but as warm up and  planned to start my coached session straight after. I had felt my 1st back twinge at 10.50, but continued  after a quick rest.  At 11.10m, my  coached session began and at 11.20 a slightly wrong back flick, brought the pain flashing up. While I could still move. I stopped.
So here was the story. Id stopped all my recommended exercises and began slumping. In short, i wasn’t building up my back balance as Stuart McGill tells us to do, and I was “spending” back capacity like water. That said, I had still got through my basic “back buck spending” sport. and then, at the end of a terrible week, i thought i should push my luck by adding an extra hour.
I’m a pratt and  I deserve every scrap of pain!! 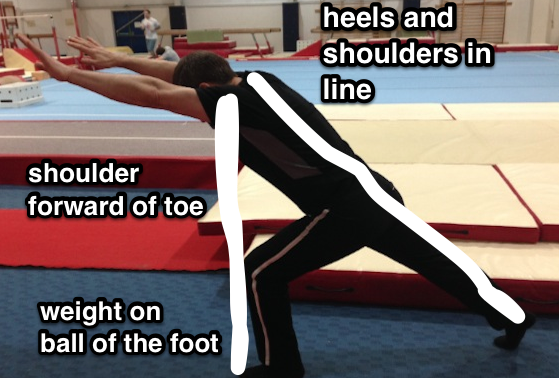 Im actually very good at fixing backs. I look at them as a back pain sufferer, a fitness instructor, a massage therapist, a sports person , a hypnotist and an avid student of the many techniques and idea  published  both  in hard copies and on the internet.
However, when ever I fall in love with a theorist, like other practitioners, I go wrong. Of course all practitioners will claim that they assess what they see. I doubt this. We tend to view the world through lenses, and sometimes assume that identifying a problem, precludes the existence of other problems.Otherwise what the point of having a belief. Which Fan of Stuart McGill doesn’t go looking for a flexion based problem?
So, anyway, I was working with a client,and we began the process of fixing by looking at his life style , what he was doing, etc, and basically concluded that his issue was a flexion issue: certainly be benefitted from evaluating his squat form,  developing his hip and shoulder flexibility , grinding out some scare tissue , and building up his core strength and endurance, and realising how much he used his back.
Nevertheless as we came to the 3rd session we realised there was another factor at play. Strangely, like me,  he accepted that he stooped, but we traced his actual injury down to an over extension fault in the squat: he had attempted a squat with his torso bolt up right,  and obtained the extra flexibility the position demanded by over extending, and collapsing at his lumbar curve at the bottom:
so a couple of extra observation, based on his feed back and mine.
1) if you have back issues, the chances are that your perception of your back position if wrong: you simply dont know what the feedback means
2) Is it  possible to tweak your back by over extending and  flexing at the bottom. Yep, you can have both.
So, I started photographing lumbar curves in a toes touching position and noted that quite a lot of people have immobile lumbar areas in flexion: they  flatten, they don”t collapse ( see the montage).  is there a relation hip between the depth and quality of an overhead squat and the position of the lumbar curve in the toe touching position? If you don’t flex your lumbar spin, isn’t coaching you to make a big chest running the risk of an over extension injury. Do we now have a potential easy to do screen.
Im off to photograph lots of overhead squats and toe touches to see if there is some sort of correlation