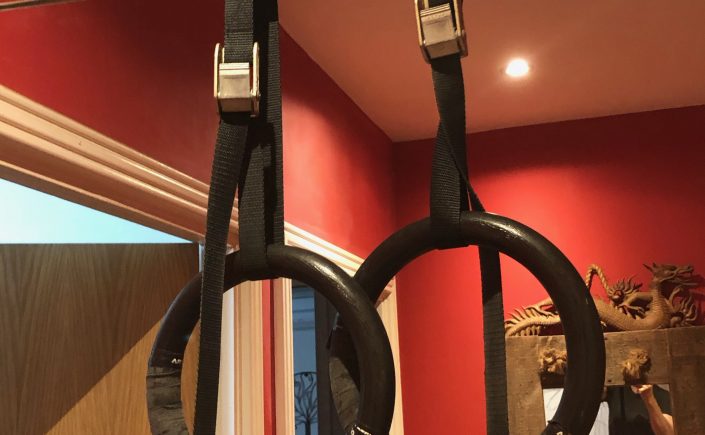 When working through my home training courses, the chances are you will need a pull up bar. Many landlords won’t let you screw them into a wall, so get one that slides in and out of a door way. I’ve liked the JML one because, like me, its been around for ages,

but there are lots of cheaper ones around too

I have to say that I own my own home so, Ive screwed mine into the wall.

Once you have a pull up bar, you can get a set of gymnastic rings. I started importing them in 2005 in tiny batches, and I think they cost £50 plus.

Today £20 gets you a nice wooden pair. Here is a good example, opt for wood if you can. 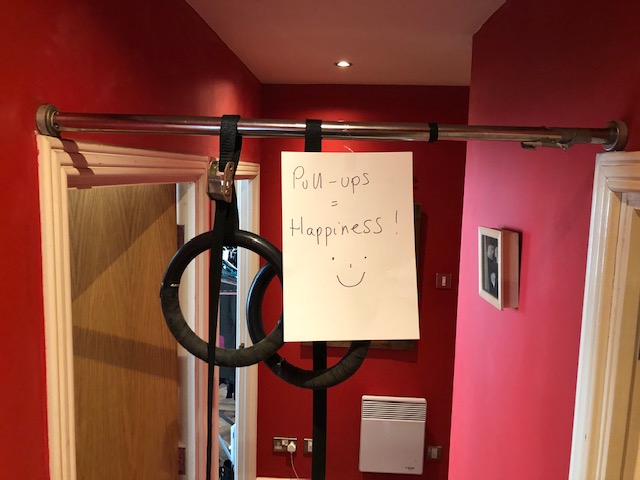 Once you have a few pull ups, its ‘easy’ to keep adding to them. The real hard one is  getting that 1st pull up. I’ve struggled for 3 months to post a genuine article about getting your first pull up. This is my first public draft.

I hope it helps.

If you have no pull ups, here are some essential things you must do: